So I went to LA Rendezvous today….Yeah I just found out the name today when I actually got there. I thought it was a Micro Image show since I was rolling with that group.

Just an fyi, I was rather happy with the weather today and the location. Very nice spot, good lighting, and altogether a good time. Pictures came out rather nice too. So we met up at a 7-11 to get the San Diego caravan together. Ate some crappy breakfast dogs and a Big Gulp.

Probably the most random thing I saw today was a “The Chronicles” sticker on Jay’s Yaris/Vitz. Good site….for Hondas…lol.

Took some pictures while everyone was meeting and greeting and getting organized.

Even though they are some meaty tires unlike most show cars, it looks rather practical and for a good track purpose. 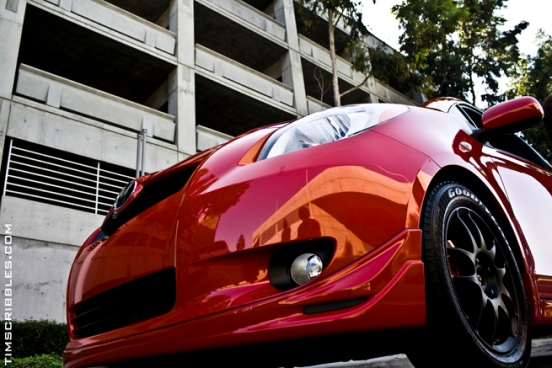 Tony’s Yaris hatch. This was us waiting for the rest of the Micro Image group to get together before rolling into the show.

Funny little plate I saw on the back of on of the Yaris’.

Bride seat, a bit dirty and worn, but still some nice seats.

I rolled in Sean’s Echo. It may be an Echo, but that thing hauls some serious ass.

I was not expecting to see some Itasha styles at the show or really….ever. Besides mine. Pretty sick. Nicely done all in all, little things here and there that could have been done better, like the wheels. Nice concept they had going. Light, free flowing colors, and nice design. 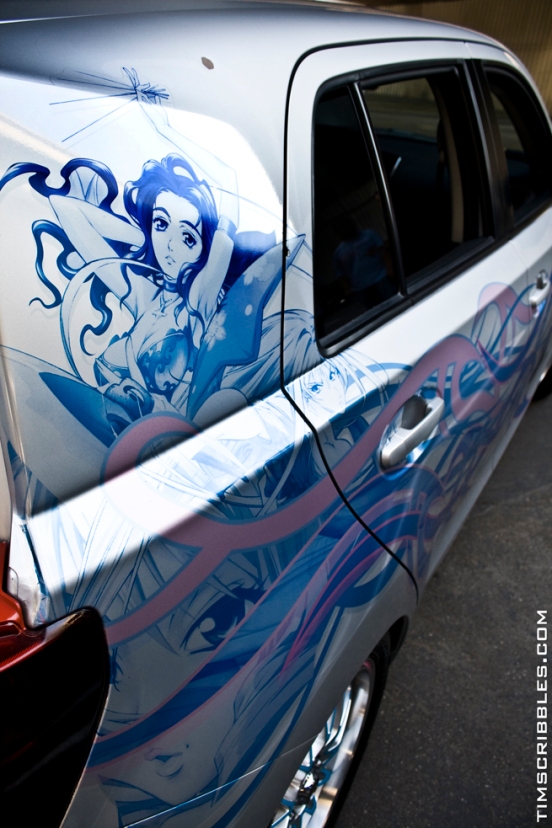 Didn’t even see the ceiling until the guy told me he hand drew the ceiling. Interesting concept. 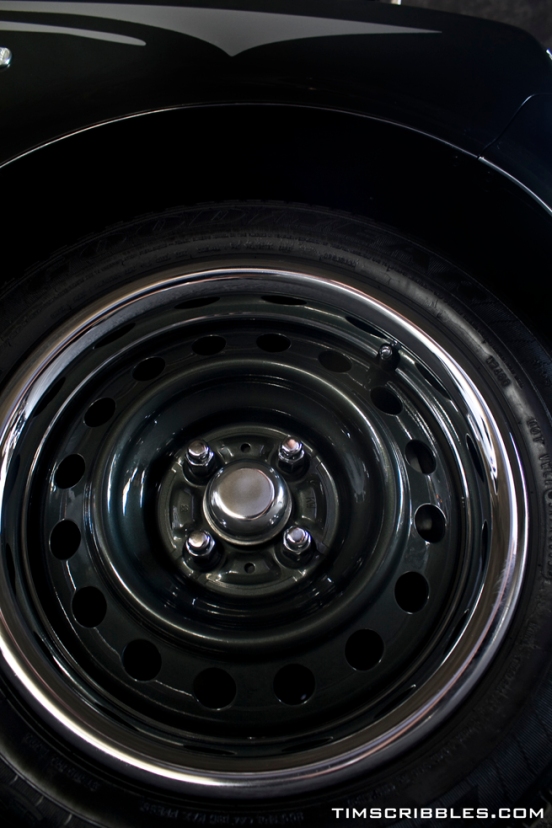 Couple of cars there had steelies, but if you’re going to run steelies at a car show, you better do it right like this one. Very nicely done. And a nice color. 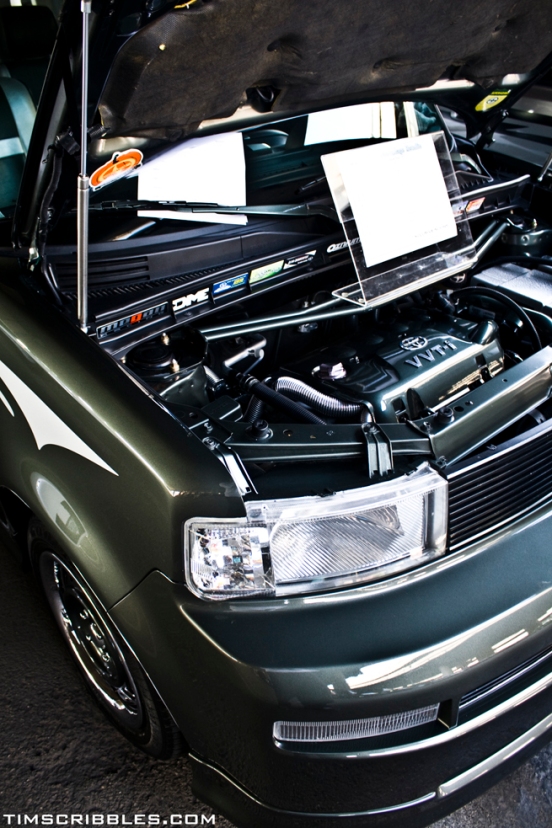 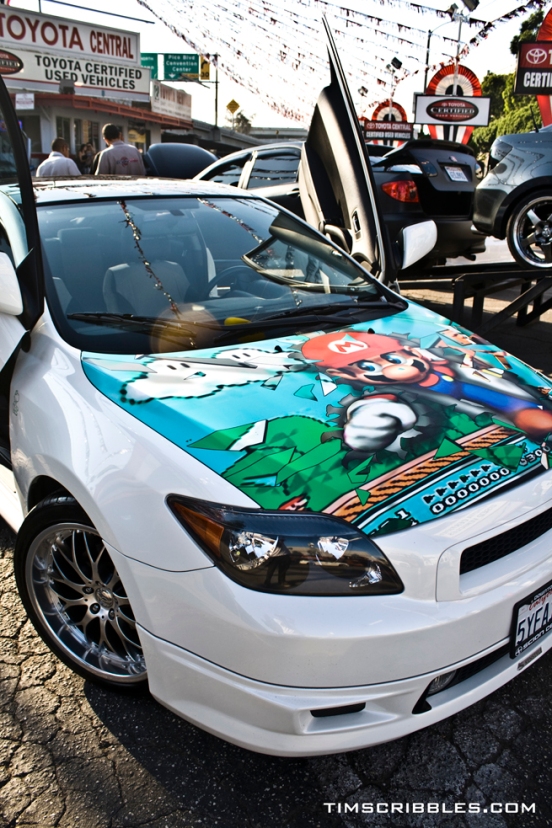 Only thing interesting about this was the hood. That’s pretty much it.

Nice display of the car and solid work. It took home a trophy, but not sure what place. Might have been first.

TV under the hood….yep, its a show car alright. A lot of those kinds of car at this show. Makes the track cars at a disadvantage. The “JDM” thing doesn’t really apply at this show. They like the fancy lights, tvs, and all the sort of stuff. A lot like HIN or something like that.

That’s the engine bay of the Yaris that took first. No idea why these pictures are all the way down here. 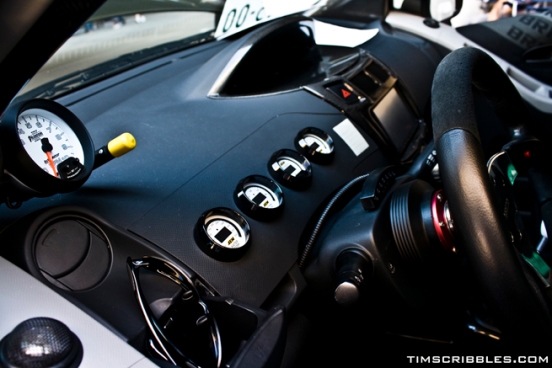 Those AEM gauges I was talking about earlier. 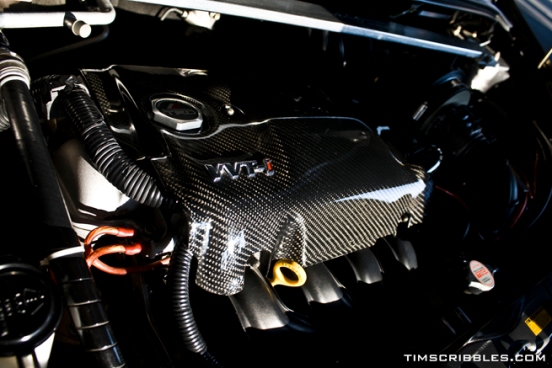 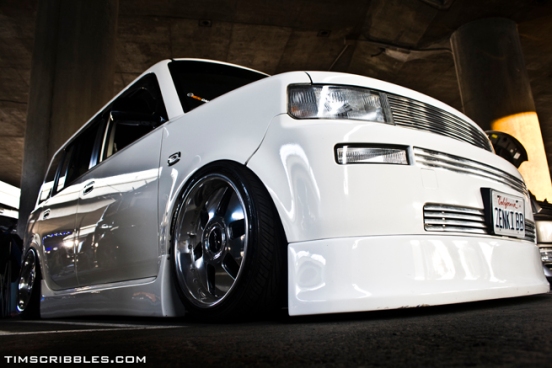 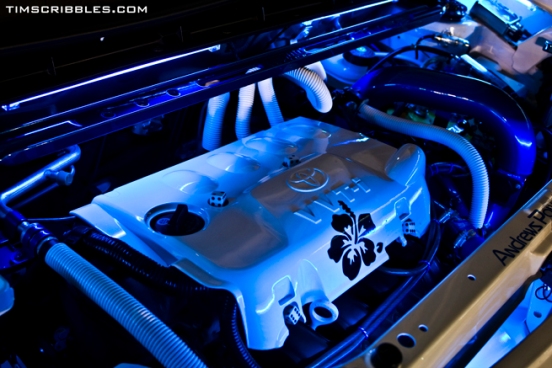 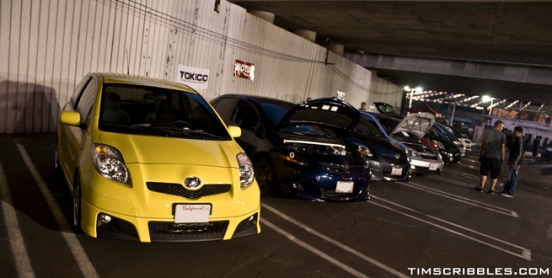 The Micro Image line up of Yaris’

This one had a really nice flow to it. Altogether one of the nicer cars out there.

Late in the night, tired and screwing around. 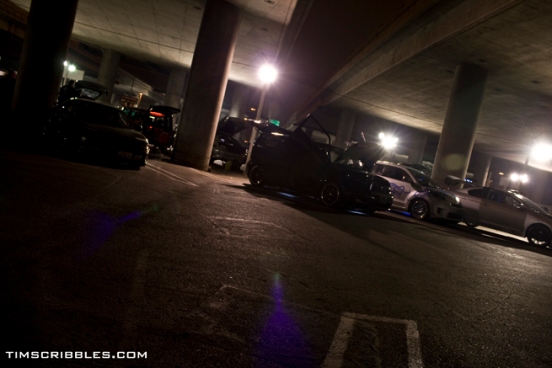 Ok, now these are the Flickr worthy pictures I picked out. These are clickable, so they get larger. Enjoy.