Whoo! What a night. Left at 10AM came home at 4AM. Woke up at 6AM with a stomach ache. Denny’s is not good at 2:30AM. Class at 12:30AM which I arrived at and its was canceled. Seriously, irritating. Then 10hrs at Palomar. Sigh.

So here are pretty much the worst pictures ever posted on this site. They didn’t allowed SLR cameras in or as they called them “Large Cameras.” So I’m working with a point and shoot with no tripod in a poorly lit environment. So if you want to see the footage of the concert its on Youtube. 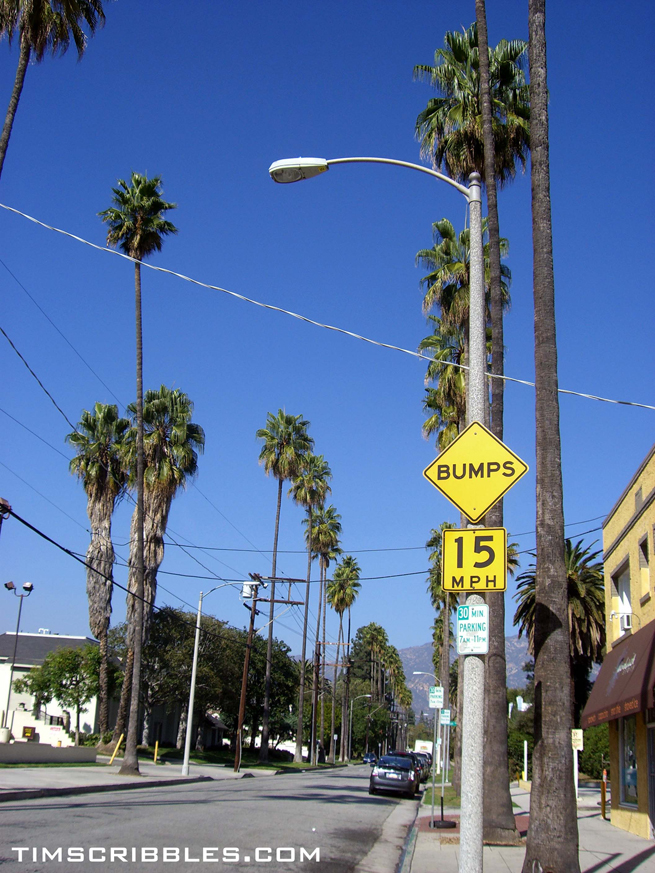 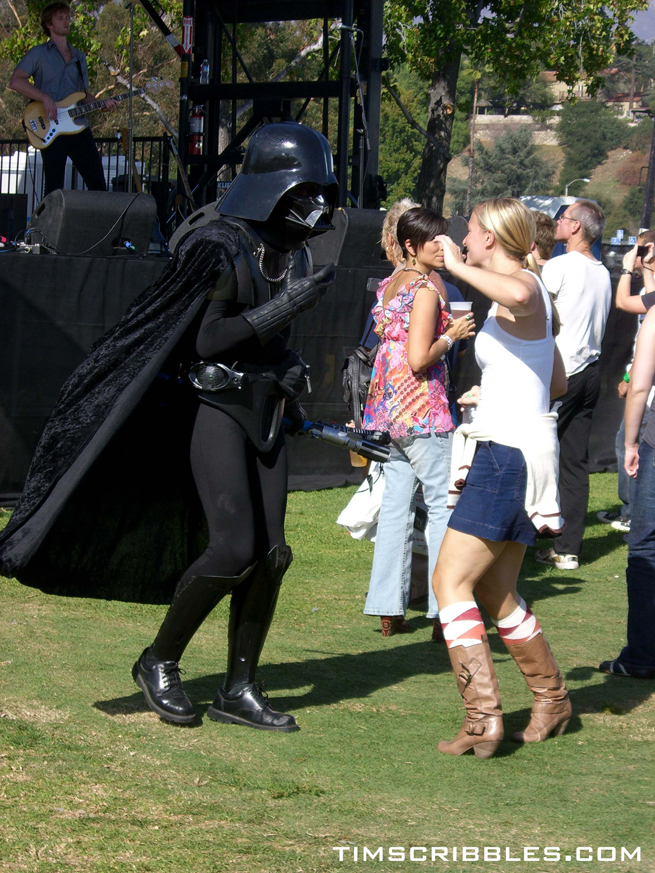 Picnic in the Park, and saw Vader

The Ruse playing in the “park”. They are pretty good. Might check them out later.

Finally let us into the show. Apparently, they have a concert every week and set up this massive stage up every week, then take it apart, ship it and reset it up again all this in under a week. The stage was amazing. Everything is did was just unbelievable. Its was evident that some seriously engineering went into designing it.

The Black Eye Peas opened the show which was pretty good. I enjoyed it quite a bit. I never get over how well their costume designs were.

And they even brought out Slash. If you don’t know who Slash is, he’s obviously on the front of Guitar Hero 3, the second greatest electric guitar player of all time, and from Guns N’ Roses. And amazingly, Fergie does a great cover of Sweet Child Of Mine. 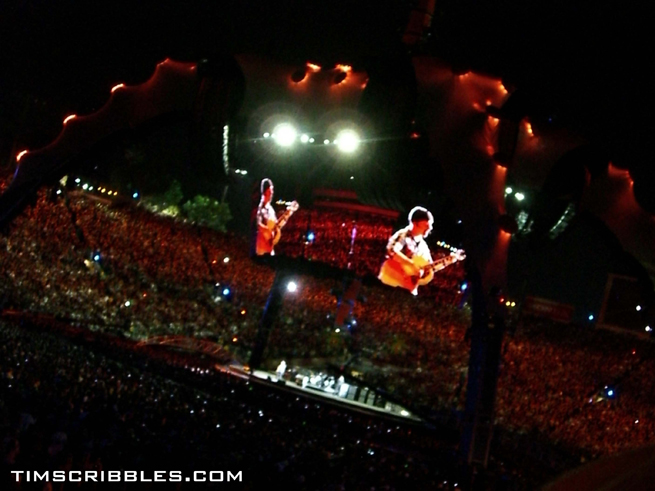 U2 Appears! Gasp! I tried to compose the pictures accordingly and tried to keep my hands still, but I ran out of memory and eventually had to rely on my phone. 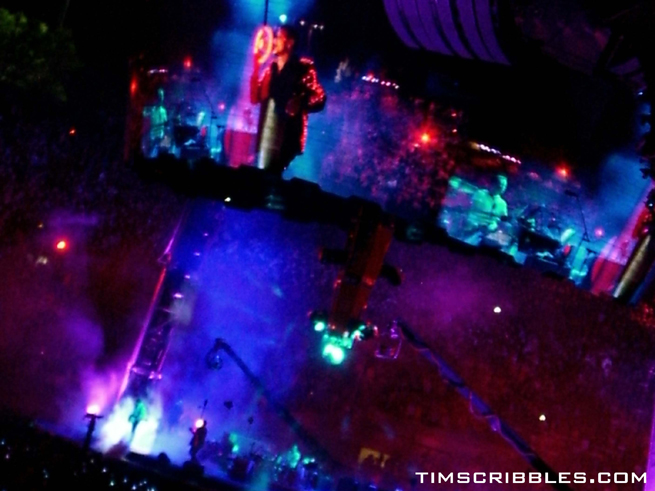